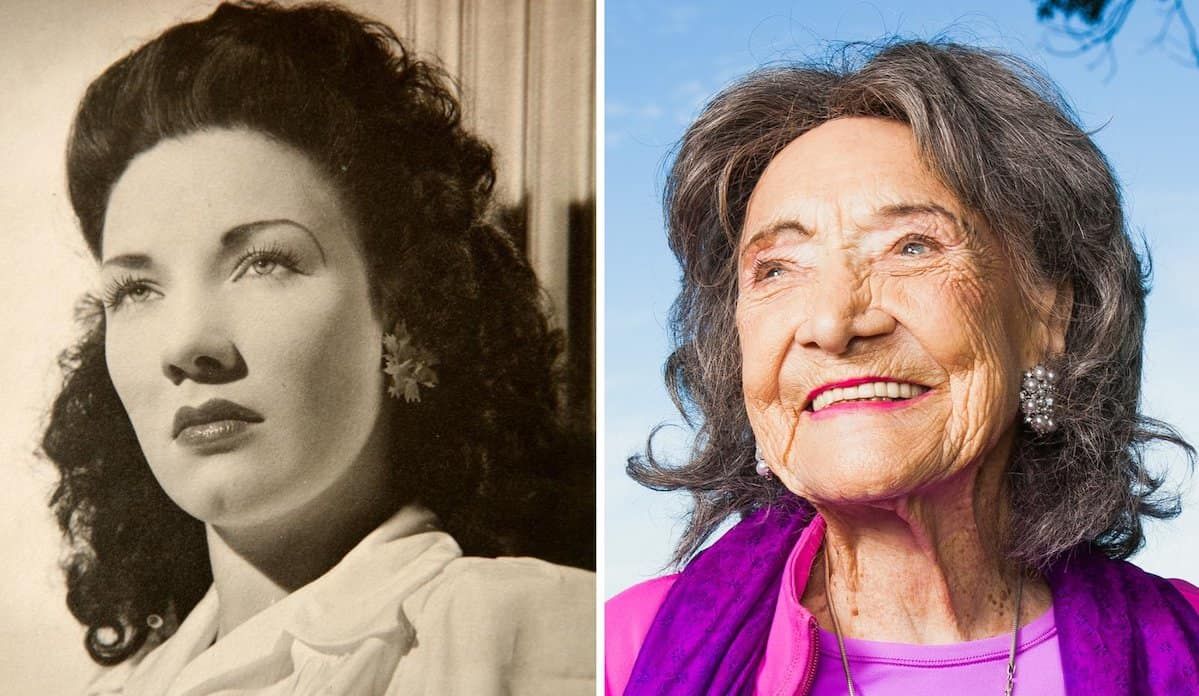 …but sadly died on Feb 21st 2020. She was born Täo Andrée Porchon on August 13, 1918, and is an American yoga master and teacher. She is an also author of French and Indian descent and many things besides.

In 2012, the Guinness World Records recognized Täo Andrée Porchon (now Porchon-Lynch) as the oldest yoga instructor in the world at the sprightly age of 93.

Not only has yoga been a big part of her life since she was 8 years old after seeing young men practicing it on the beach in her home but she’s led an interesting and long one.

Porchon-Lynch embraced her age, she once said, “I’m going to teach yoga until I can’t breathe anymore.”

Starting from when she was in her 80s she has had four hip replacements but is still able to go ballroom dancing at the Fred Astaire Dance Studio and dances competitively having also appeared on “America’s Got Talent”.

Täo has been at the core of historic events. She met the Indian anti-colonial nationalist Mahatma Gandhi, who was her uncle’s close acquaintance and marched with him on two occasions.

Other demonstrations she was involved with included General Charles de Gaulle and Martin Luther King, Jr.

During the Second World War, Täo moved to London and became a model and cabaret performer under the mentorship of Noël Coward.

Journalist at the time, Quentin Reynolds spotted Täo, writing she made a “dark London brighter”.

After the war, she relocated to the United States, where she got a job as an actress under MGM, appearing in various Hollywood movies, Show Boat (1951) and The Last Time I Saw Paris (1954), in which she co-starred with Elizabeth Taylor.

Although she is a big fan of vegetables and pure fruit juice – she doesn’t drink plain water. She does, however, seem to enjoy my favorite, the juice of the grape, wine of course.

Täo also frequently appeared as part of the judging panel in various wine competitions.
She later became the publisher and editor-in-chief of the wine appreciation magazine, The Beverage Communicator.

Sadly her genes have not gone into the pool. She married once and had no children. That is humanity’s loss but her wisdom and life example is priceless.

My favorite quote from Täo “When I wake up in the morning, I look at the Sun and I say: ‘This is going to be the best day of my life’ and it will be – it always is.“

Yoga is a great example of “gentle” exercise. “Many older adults give up on exercise“, says Barbara Resnick, arthritis and other aches and pains can make it hard to move freely. But it’s critical to push past this and carry on, she notes, “If you keep it up, you don’t lose it.” In addition to its many physical benefits, exercise boosts emotional health, Resnick adds.